Previously on Death in Stockdale:

“I don’t believe it!” repeated Henry from last weeks episode.

Chub Shrugged for the sake of continuity.

Mr Jones dusted himself down and spoke.
“Henry. I knew it would be you. You have to let me in there. I have to kill that version of me before it’s too late.”

“Whoa, whoa, whoa!” barked Henry, his arms outstretched to highlight his rage. “I’ve not travelled a hour back in time just to watch you die again. You are too important to this town to die twice. WE NEED YOU!” He pleaded.

“No Henry. I have to die. It’s the only way to stop the madness that’s coming. Everything that happens… it’s all on me…it’s my fault.” Lemiwells face lost its determination and sagged a little.

It was at this point that Henry realised just how different the man in front of him looked to the one that he had wished good luck to just a few hours before.

“A year from now – today in fact – I used Professor Proctos time machine to come back here and stop myself from winning the election. All the things I wanted to do, all those people I promised to help. They were all dead. It was all my fault….” His voice drifted a little.
Henry frowned. “What? How can you be responsible for anything bad happening. You were... will be going to save the town from that rat bag Dr Malevolent. He’s the bad guy I all this.” He bargained.

“That’s what we all thought Henry.” Lemiwell choked back the pain of memory. “But it turns out that he is the only one capable of doing what is going to be necessary to save us all.”

“Bollocks!” swore Henry. “He’s a nutter. He want’s to stop my mum from making me dry Weetabix – he’s a fruit cake!”

“If only Dry Weetabix were the worst of our problems..” Said Lemiwell as he explained what the past/ coming year would have/had/did in store for Stockdale.

After a couple of minutes Chub stood between the two.

She pointed a dirty finger at Lemiwell Jones and said “You. Do what you came to do. Once it’s done you are coming with us.”

“Shut yer gob!” growled Chub. “Find a car for us to escape in. Once Mr Jones has killed…um .. himself(?) then we are all going to same Gus. Anybody has a problem with that then you can discuss it with my mates Lefty and Righty” She held up two sets of very sharp knuckles that may not have done much damage were it not for the fact they were coated in months of dirt and muck and for all their adventures neither Henry Hut nor Lemiwell Jones wished to get a tetanus jab.

Three short minutes passed before Henry heard the muffled BANG of a gun. His body twitched at the memory but he did not have time to react before the hooded figure he now knew as Mr Jones ran out of the town hall and toward the car Henry had procured for their get a way.

“It’s Dr Malevolent’s.” noted Henry. “Seemed appropriate. I don’t trust him, but if he’s going to be in charge of this town he can start by walking the streets for a while. Where to Chub?”
Chub directed Henry to the edge of town. The car weaved in and out of traffic and before long it was clear where they were headed.

THE TOP SECRET HIDEOUT OF DR MALEVOLENT: NEXT LEFT – no salesmen.

Chub explained. “Mr Malevolent took Gus a few months ago. I was supposed to find the Professor but when I got to his house, you fell over me Henry. I thought you would be able to help me.”

“Why not ask for the Prof?” asked Henry.

“He’ll be there.” She said quietly.

The car pulled up in the car park.

The three of them ran inside the warehouse that was the (not so) secret HQ of the Doctor and his devilish plans of domination.

They were met inside by a large amount of darkness. Darkness that was broken by small flashing lights. Scientific lights on scientific machines that had large cables running out of them in all directions.

Henry, Chub and Lemiwell allowed their eyes to adjust and follow the path of the cables as they ran down the length of the warehouse.

That was until they came to a pair of feet.

Then ears popped at the single most glorious word they had ever heard.

It was Professor Procto. His arms filled the darkness as he spun in wonderment at the amount of technical gizmos and gadgets around him. “Isn’t it wonderful?” He asked nobody in particular.

“How did you get here?” Asked Henry at the same time.

“Over here.” Said the Prof, followed by “SCIENCE!” The latter response being aimed at Henry.

Lemiwell Jones followed in silence. It was just hitting him that he had caused his own death to save the future but something didn’t feel right.

The foursome followed the line of cables until they across a large metallic tube. The tube had a large glass window and inside was the body of Gus, Chubs mentor and only friend.

“Get him out quick!” Screamed Chub.

The professor unlocked the door to the large tube and together with Henry and Chub they helped the half naked man out of his strange prison.

Lemiwell stood back and noticed other lines of tubes reaching further into the warehouse.

He followed the trail while the others fussed over Gus.

As he disappeared into the darkness his voice echoed back to the group.

“My God! Look at this!” said called back.

The group followed Lemiwells voice until they all stood together and viewed their worst nightmare.

They hadn’t known their real nightmares until this moment, as before them stood dozens of similar tubes to the one that held Gus.

Gus lifted his head to look upon the fate of Stockdale.

“My God!” repeated Lemiwell. “That’s Shabby… and his dog.”

“yes..” croaked Gus. “Dr Malevolent has been experimenting with cadavers. He planned on using my mind to reanimate these corpses and unleash them on the town.”

“The filthy bast….” Henry stopped mid-sentence as one of the many bodies in front of them twitched.

It was only a small movement, but when a dead body moves – nobody with any sense of self-preservation stands still long enough to see if it will do anything else.

“EVERYBODY OUT!” Exclaimed the Professor.

And out, everybody went.

The Professor joined them as they clambered into the stolen car.

“Let’s go before…” Started the Professor but he cut off by a huge explosion that cost most of the budget. (it really was a fantastic explosion, with fire of red and orange and flames and smoke and sparks and everything!!)

It didn’t take long for everyone to arrive back at Mrs Featheringays for tea and illicit Weetabix of the dry variety.

Mrs Featheringay listened, in that way that old ladies do, to the story of Henry’s time travelling, Gus and Chubs abilities and how the Professor blew up his nemesises…es(?) HQ and the troubling confusion of Mr Jones killing himself even though he was  still here to tell the tale.

“So we won’t be having zombies knocking on the door then?” She asked.

“No.” Said The Professor triumphantly.

“But the horrible Dr Malevolent is now in charge of things?” She continued.

“But not for long!” Chirped Gus, who was feeling much better after his ordeal now he had eaten a bowl of irradiated wheat crumbs and had a nice cup of tea.

“What do you mean?” said Lemiwell, worriedly.

And Mrs Featheringay slapped Henry on the legs when he swore. “I don’t BLOODY believe it!”

And everybody laughed because it was the end of the story.
at Wednesday, April 01, 2015 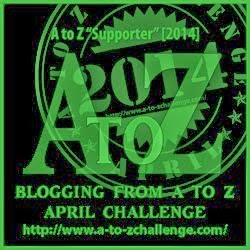